Camille Pissarro was born in Charlotte Amalie, the capital of St. Thomas, Virgin Islands (at that time, the Danish West Indies) on July 10, 1830 to parents of French and Jewish origin. He rejected working in the family’s import/export business and pursued the study of art as a child. Camille attended boarding school in Passy, a Paris suburb, in 1842 and after working for his family’s business for a short time, he traveled with the Danish painter, Fritz Melbye.

Relocating to Paris, Pissarro settled there in October of 1855 and met many of the artists of the day including Camille Corot. Corot encouraged him to paint the landscape focusing on the village imagery of river towns near the Seine and Marne rivers. Pissarro studied art at the Atelier Suisse in Paris with fellow artists, Claude Monet, Paul Cezanne, and Armand Guillaumin. By the late 1860s, Pissarro’s landscapes were praised by the prominent contemporary art critic, Emile Zola. Pissarro became one of the most influential members of the French Impressionist movement, not only as an artist, but also as a teacher becoming the only artist to participate in all eight Impressionist exhibitions.

After moving to Louveciennes in May of 1869, Pissarro and his family were forced to leave in July of 1870 abandoning his studio to escaped to London to avoid the Franco-Prussian war. While in London, Pissarro meets art dealer, Paul Durand Ruel, who is a fellow exile in London. With two children between them, the couple (Camille Pissarro and Julie Vellay) reside in London returning to France after the war. They return to Louveciennes in June of 1871 to find that Pissarro’s studio has been sacked losing approximately 1,500 works of art. Moving to Pontoise in 1872 and painting there for about 15 years, Pissarro is visited by many of his colleagues including Claude Monet, Paul Cezanne, and Edouard Manet. In a community that valued technical detail, realism, and idealized subjects, the new painting in the salon was seen as absurd and Pissarro’s work was met with great opposition.

The Salon and Impressionism

Articles panning the exhibition coined the term “Impressionist” as an insult and artistic acceptance was slow to come in Pissarro’s lifetime. The painters in Pissarro’s circle became discouraged by their attempts to pass the critical scrutiny of the Salon juries and, in 1874, Pissarro joined Monet in the organization of the Independent Exhibitions. Renoir, Sisley, Degas, Guillaumin, Cézanne, Morisot were among those who participated.

While mainly interested in the landscape, Pissarro introduced figures (generally peasants conducting their rural occupations) and animals into his work. An innovative painter of the Impressionist circle, Pissarro was among the first to divide colors, as in his painting, The Garden of Les Mathurins at Pontoise, 1876 (Nelson Atkins Collection, Kansas City, MO). Pissarro excelled at drawing and was a master of color and composition.

In the 1880s, Pissarro joined a younger generation of artists, including Georges Seurat, Paul Signac, and his son, Lucien, in adopting the Neo-Impressionist technique. In common with many artists and writers of his day, he became a fervent anarchist. Pissarro gradually abandoned Neo-Impressionism in the 1890s, preferring a style that better enabled him to capture his sensations of nature. While continuing to depict the landscape and peasants at his rural home in Eragny, he also embarked on a new adventure: cityscape painting. In his portrayals of Paris, Rouen, Le Havre and Dieppe, he explored changing effects of light and atmosphere, while expressing the dynamism of the modern city.

Pissarro tended to concentrate on the painting of traditional villages, fields and markets and the events of Pontoise and Eragny sur Epte. While he painted the modern cities of Paris, Rouen, Dieppe, and Le Havre in his late career (from 1893-1903), he was most associated with Pontoise and Eragny sur Epte and the paintings of peasants and rural workers.

In the last years of his life, Pissarro divided his time between Paris, Rouen, and his Eragny home. Camille Pissarro died on November 13, 1903, at age 73, at a time when he had finally started to gain public recognition. Today, his work can be found in some of the most important museums including the National Gallery London, the Metropolitan Museum of Art in New York, and the Philadelphia Museum of Art as well as in private collections throughout the world.

Request an online appraisal of your Camille Pissarro piece from Dr. Lori. 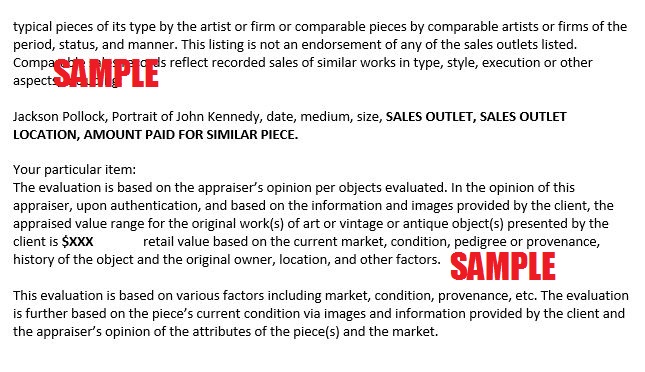